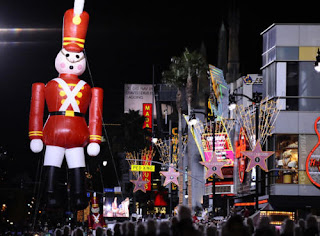 The Santa Claus Lane Parade was and is a located in Hollywood, California. The parade went down Hollywood Boulevard. This street was decided on because the city wanted to attract families and shoppers to this area during the holiday season. That idea worked out very well and is still the route for the Christmas parade today, which is 81 years later.
During the 1930's, 40's, and 50's, the Santa Claus Lane Parade really grew. There started to be a number of Hollywood movie stars that were part of the Christmas parade and helped support it. Some of the early stars to be in the parade were Bette Davis, Gene Autry, Mary Pickford, and Angie Dickinson, just to name a few.
By the 1960's and into the late 70's, the Christmas parade was getting quite large. There were more and more movie stars and athletes riding in the parade. There were more floats, bands and clowns than ever before. There was even a variety of animals that graced the parade route. 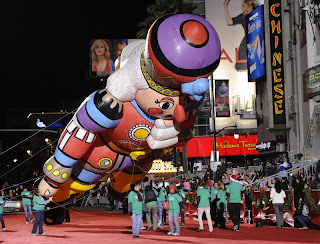 In the late 1970's, it was decided that there needed to be increased excitement surrounding the parade and the glamour of Hollywood needed to be brought to everyone. This was done in three ways. First, the name of the parade was changed from the Santa Claus Lane Parade to "The Hollywood Christmas Parade". The second this to happen was the broadcasting of the parade on station KTLA, so that people could watch it from home. The third thing was the parade route was lengthened to include Sunset Boulevard. These were all great decisions as they are still working today.
Today, "The Hollywood Christmas Parade" is star studded. There are more movie stars, athletes, and entertainers then ever before. There are equestrians, lots of bands that come from all over, numerous floats and of course Santa Claus, to finish up the parade and start the Christmas season. 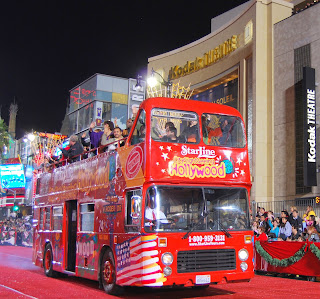 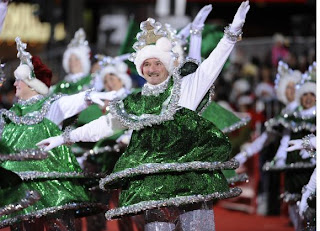